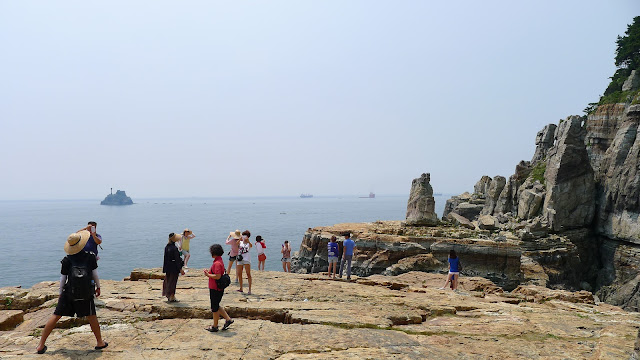 This morning, i boarded bus #101 from the area near Munhyeon to Taejongdae. The bus passes Busan station as well. The weather is hot as hell. It is so hot that i felt like a mermaid on land. I purchased a ticket for the shuttle bus and waited for about 30 minutes before i could get on one. I also tried packet milkshake! It tastes really good and it only costs 2000won.

I alighted at the observatory and walked towards the lighthouse. I haven't seen the sea in a pretty long time, so i relished the time i spent (under the scorching hot sun) at the cliffs that overlook the sea. Standing  on the edge of the land did make me feel powerless. A tidal wave could come and sweep me away like how i use a duster to sweep away specks of dust. Humans will always remain at the mercy of Mother Nature. With that said, Nature is beautiful, jaw-droppingly beautiful.

I took the shuttle bus and decided to slight at the last stop, Taejongsa Temple, before i end my tour at Taejongdae. Taejongsa is a very small temple that is home to a friendly monk and two small dogs who follow him wherever he goes. 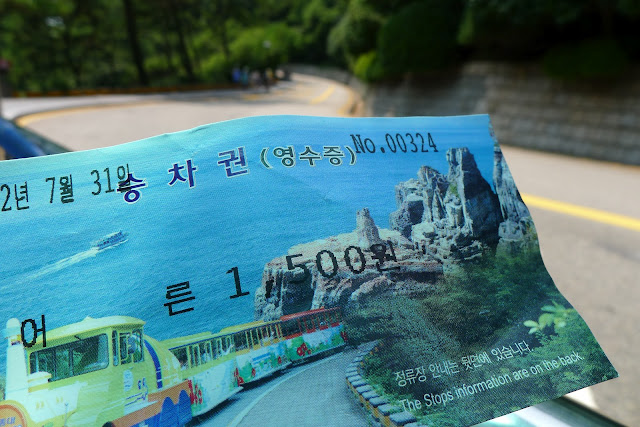 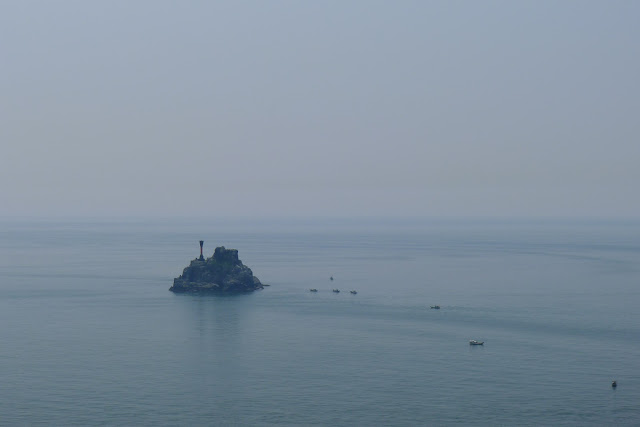 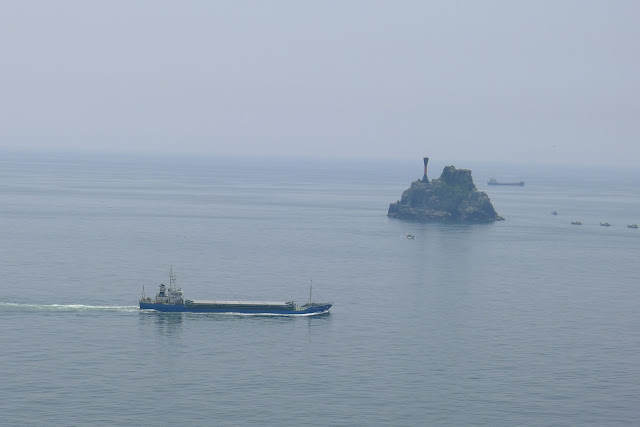 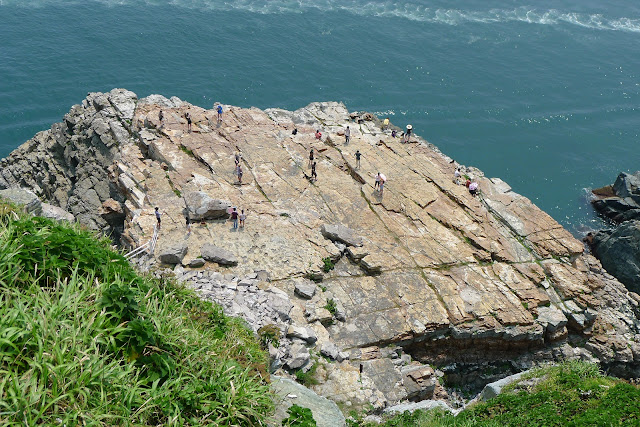 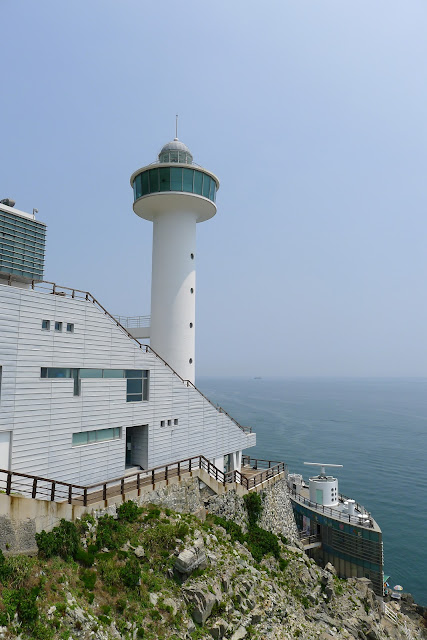 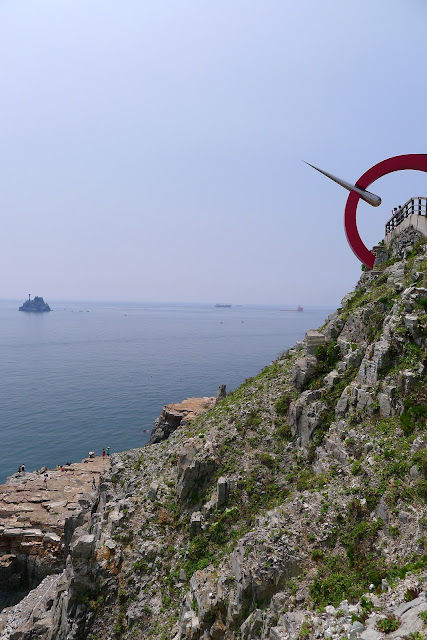 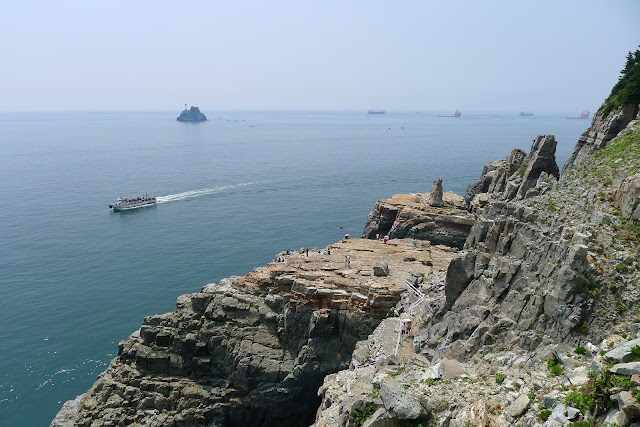 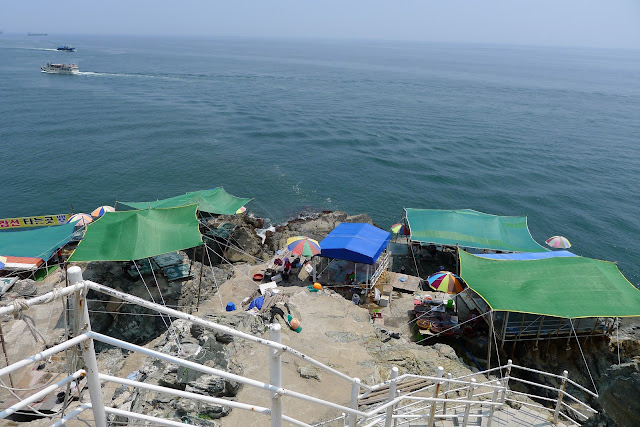 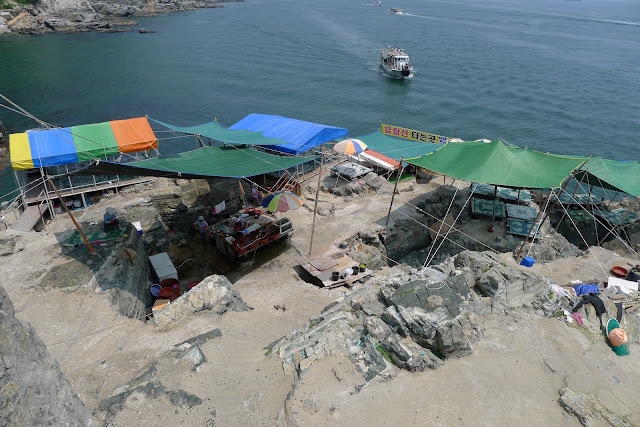 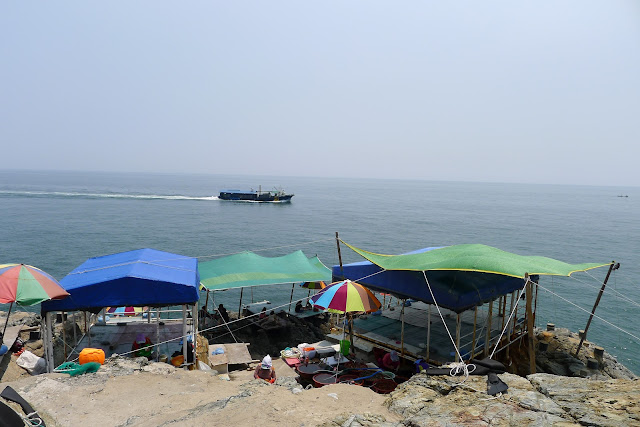 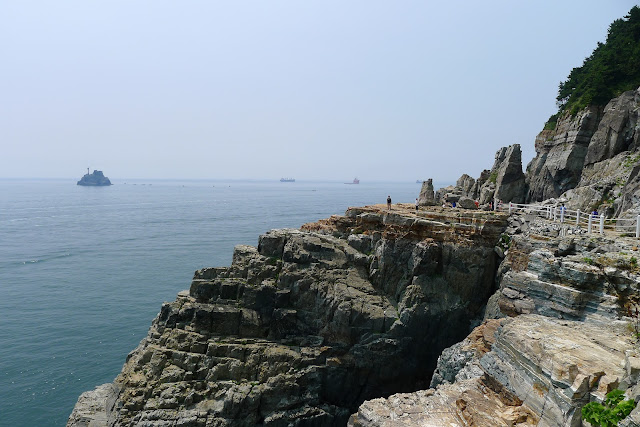 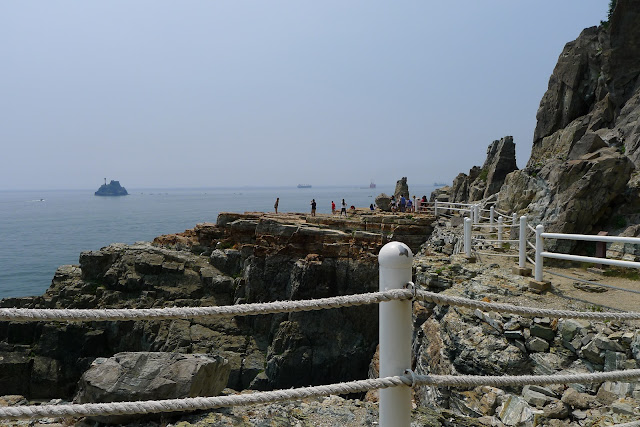 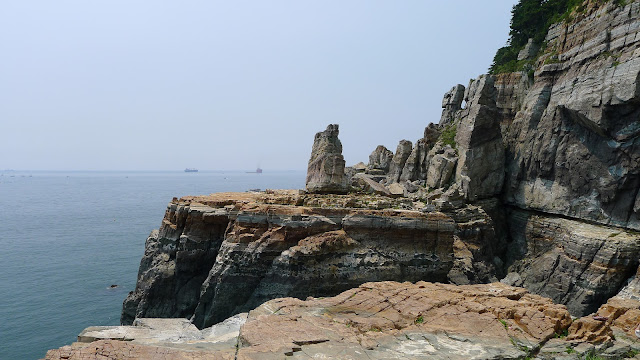 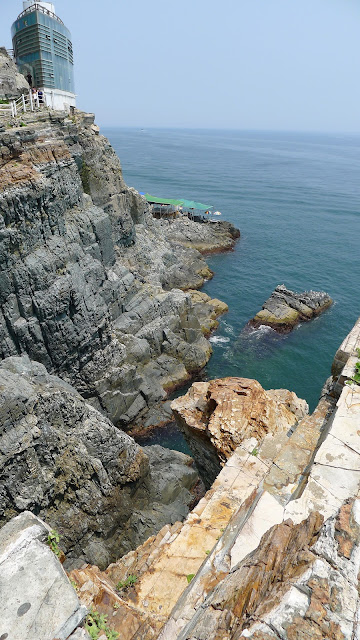 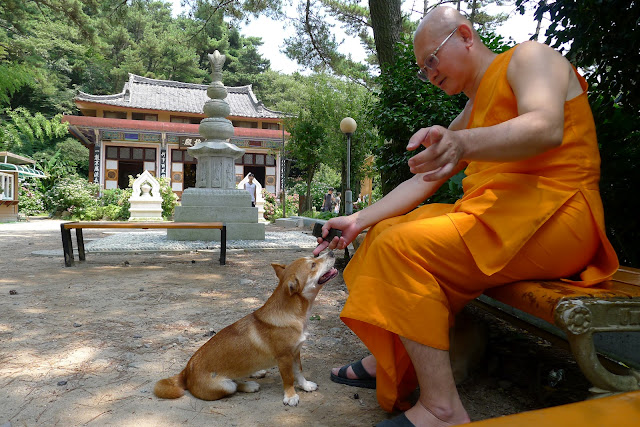 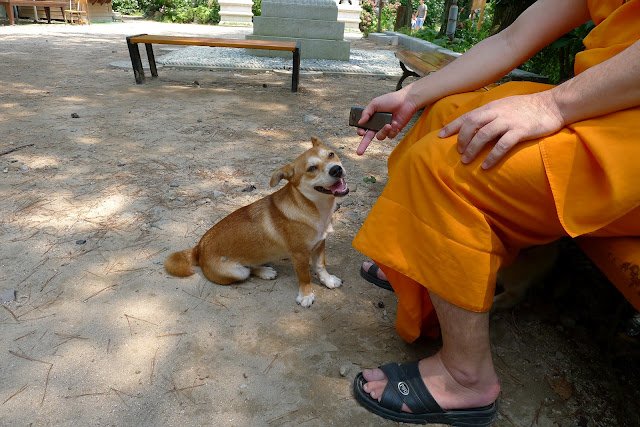 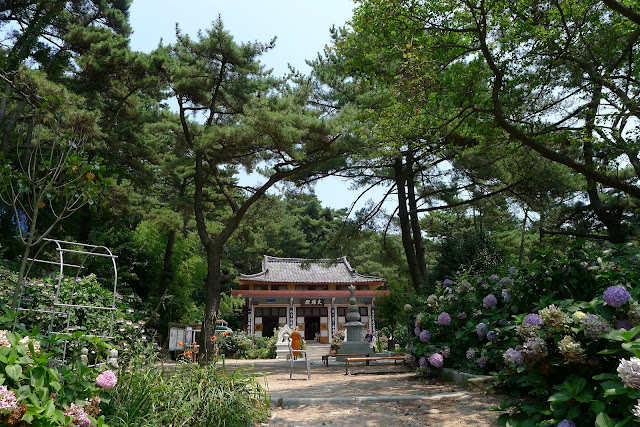 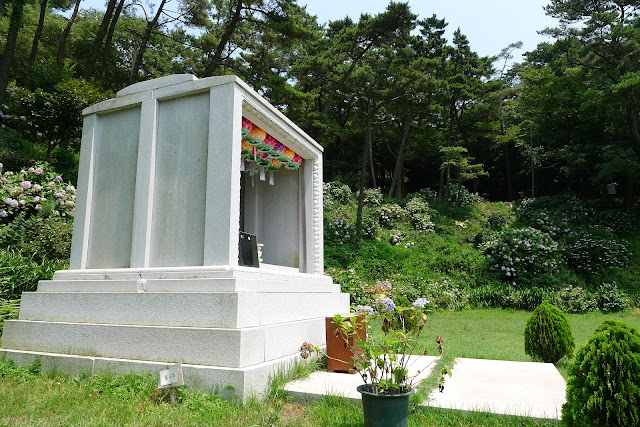 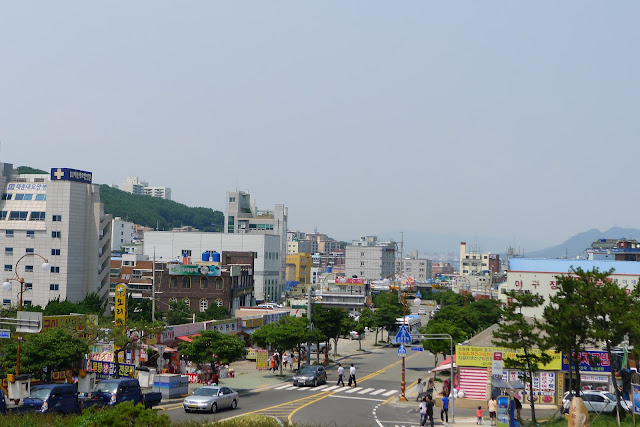