Gangneung 강릉, a city on the east coast of Korea 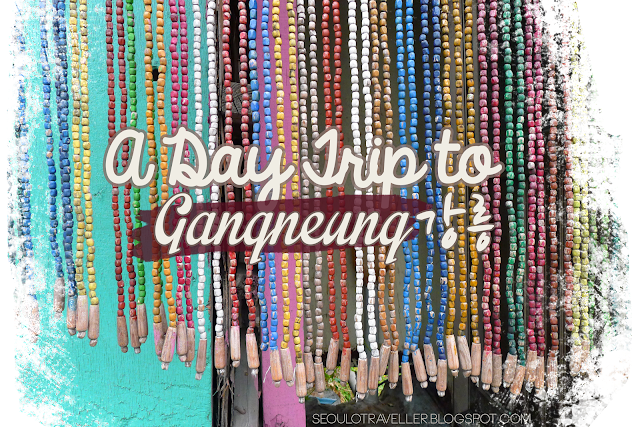 During the planning stages of my trip, i checked out tons of guesthouses via tripadvisor.com. I gradually narrowed down my choices to the following few. Though i have not stayed in most of them, i would love to try them out in my next trip. All of these guesthouses offer affordable room rates, are conveniently located near subway stations and airport bus stops and have clean-looking rooms. (Alright, actually most guesthouses have these attributes) 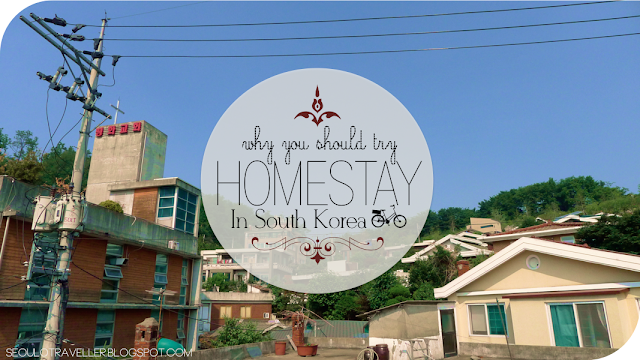 
Day 58 Goodbye Seoul
I have sat on many buses in Korea when i travelled within Seoul and to other cities. Every time i board a bus, my toes tingle with excitement at the thought of visiting a new place or meeting my friends. Sometimes, i will even take a bus to another subway station when there is one nearby. Buses are where i look out of the windows and admire the city. It is also where i collect my thoughts. The bus ride to the airport was the most sombre one of all. 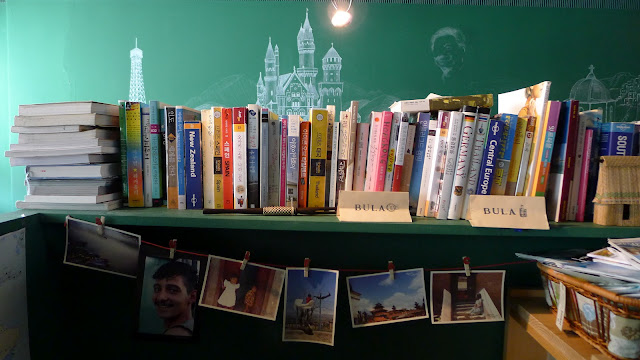 Insadong is one of the many gems in Seoul. Every shop in every corner of the street gives the place its character. Tucked away from the main street is Travel Cafe BuLa, a cosy cafe owned by friendly Mr Cheon. 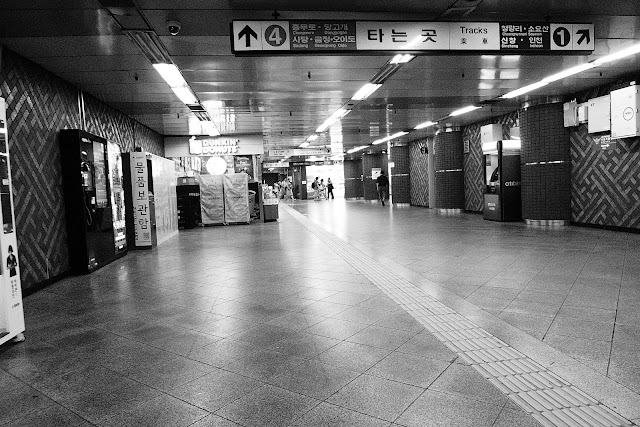 
Day 57 The First Friends I Made in Seoul

I arrived at Mr Kim's home at about 7.10pm. Joo Kyung said annyeong in his usual shy tone and went up to the living room to play.

Today was great. I don't know how to put it in words, but it just felt like a full circle.

In the afternoon, i met up with a friend whom i deeply regret not spending more time with. She said that she feels as though she has known me for a long time. I think i feel the same way too. 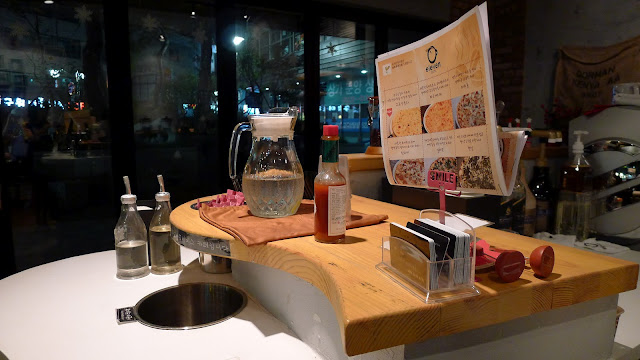 I headed to Hannam for my last futsal session with the team. 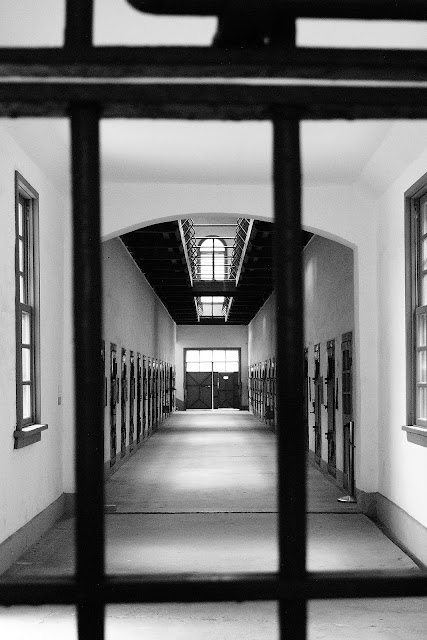 Seodaemun Prison Hall is the saddest place in Korea.

Seodaemun Prison History Hall is a special museum located at Seodaemun Independence Park. It was built near the end of the Joseon Dynasty (~1910), and was where Japanese soldiers tortured then later executed Korean followers of the Independence Movement. Seodaemun Prison History Hall was built in remembrance of Seodaemun Prison, and to salute the Korean patriots. There you'll find seven jail cells, a historical exhibition hall, an execution room, watchtowers and a basement jail cell where Yu Gwan-sun an historic figure during the independence movement died.
(Directions) 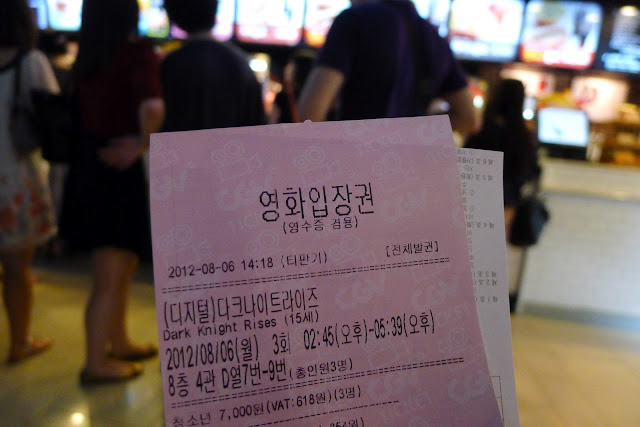 Today i watched a movie! I seldom watch movies and after Avatar came out, i didn't enter a cinema for about a year. The hunger Games was the last movie that i caught.

We were originally supposed to go swimming but the weather was really quite terrible. I spent my time chatting with Mr and Mrs Kim. Mr Kim also shared about his trip to Las Vegas. He showed me the photo magazines of the Grand Canyon, the Zion Canyon and the Bryce Canyon. He encouraged me to go on a road trip. If there ever is a reason for me to get a driving license, i think this would be it - to rent a car and embark on a road trip to the canyons.

So we stayed indoors. After lunch, i spotted a sunburnt Joo Kyung throwing the baseball against the sliding doors. Being a big-sister-wannabe, i picked up a toy bat and we ended up playing baseball in the living room. Later on, we also played our favourite 1v1 game. I had so much fun laughing, shielding the ball, attempting to dribble past him, getting shoved and watching him fall down on the mat. During that brief hour or so, i felt like a child again, full of youthful innocence and rid of worries and regrets. Life felt really simple. 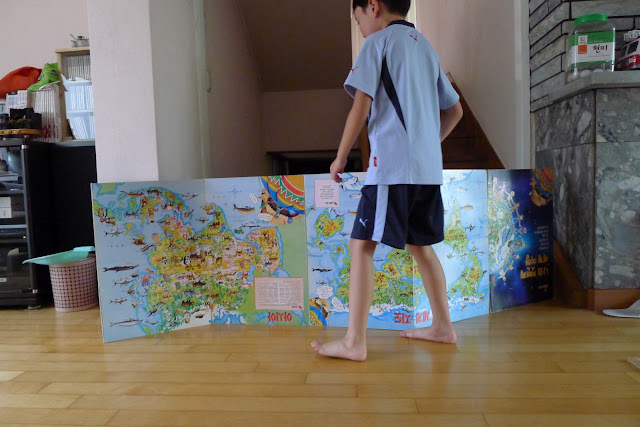 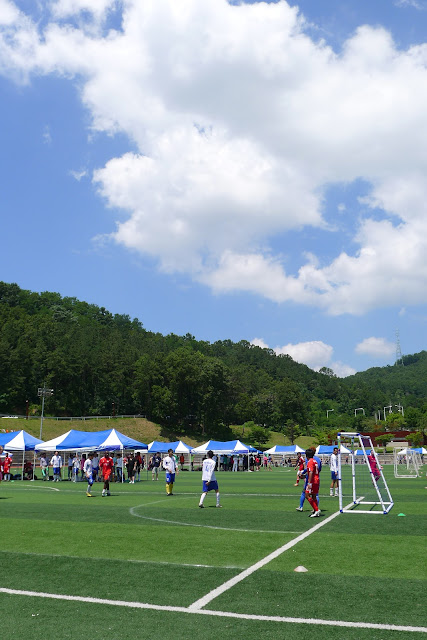 In the wee hours of the morning, i hopped onto a chartered bus  and headed to a carnival held at Daejeon University. The event turned out to be a really huge one involving members from all over South Korea. To think i thought that there would only be about 50 people from the team. HAHA. We waited for hours for our turn to play some soccer, only to be informed that there were only two female teams participating. We ended up playing only one game. X.X At 4pm, i left my host mum's home for the bus terminal. I am very fortunate to have found such a kind and accommodating host mum. Thank you Mrs Kim, for letting me stay in such a comfortable home. I will remember the way you imitated how Koreans walk and how your neighbours think you climb mountains every day HAHAHA. Because of you, i feel so comfortable in Busan. I am really fortunate to have met such a sweet and sincere person like you. I will remember the times that we spent chatting while eating and while watching dramas. 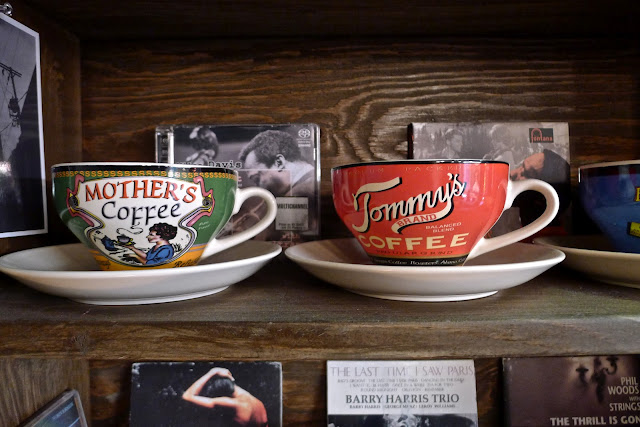 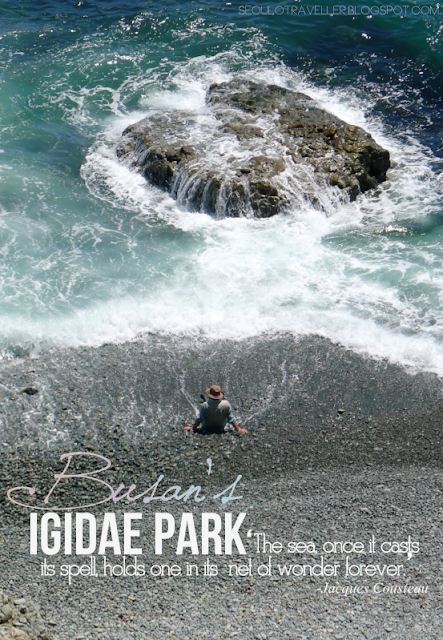 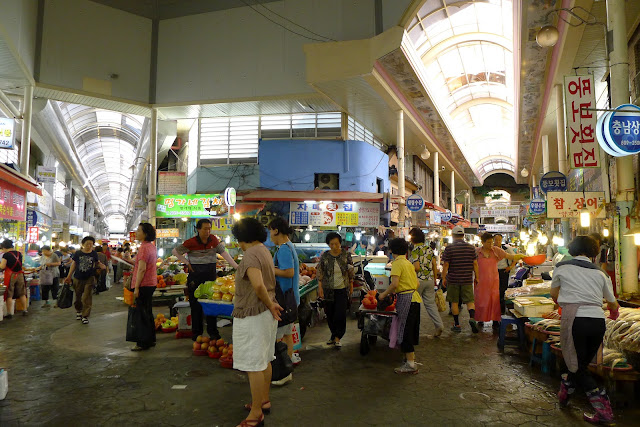 
Stumbled upon a bubble tea cafe while shopping at PNU street! I like what i ordered even though it is a    bit pricey. 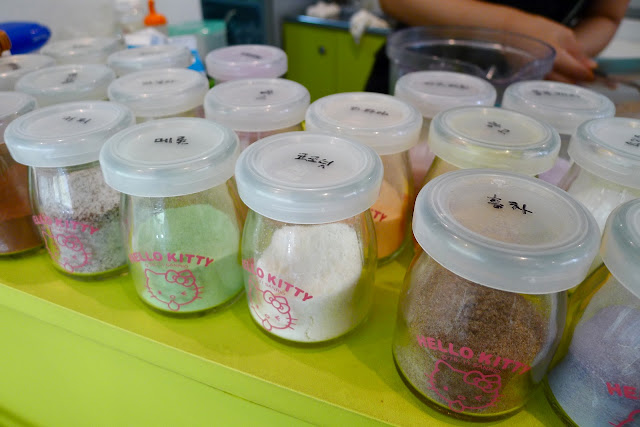 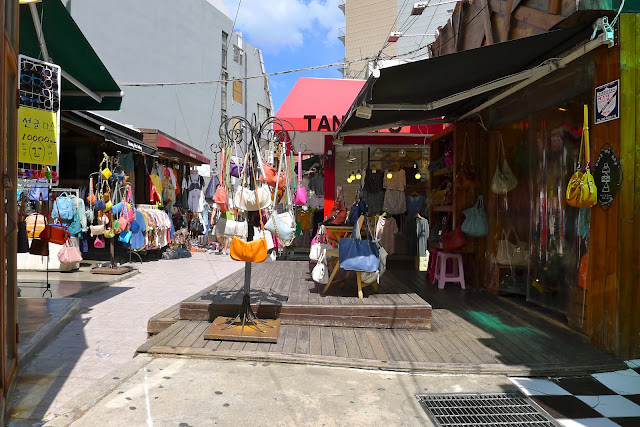 Retail therapy at the streets in front of PNU.

To get there, come out of exit 3 or Pusan National Univ. station.
Read more »