Day 24 Futsal + Yoghurt Strawberry Smoothie
Sometimes soccer can be like medicine for the sick or a drug for an addict.

I scored three goals today and our team won two men's teams due to teamwork and perseverance.
(and also because they can't be as aggressive towards us so i guess i am just really lucky HAHA)

The court is a public court, so everyone takes turns to play.
We were the only female team so i guess the first team that we played against didn't really treat us seriously.
Honestly, i can understand that it is more fun to play against another men's team because the disparity in skill level would be smaller.
We started the kick-off but when they got the ball for the first time, they let one player weave through us while the rest remained in their starting positions.
I was pissed.
Subsequently, they did play as a team but that one gesture showed a lot.

The three goals were scored by them.
It was demoralising, but at the same time, i was all fired up.

We discussed about our positioning and what we could do to improve our play.
The next few games were better and we won the first team whom we played against in our final game when we met again.

To play to the best of your ability and see the results of your efforts is something deeply gratifying.

---
The Yoghurt Strawberry Smoothie at the cafe near the Hannam Station exit(walk straight down the road, it will be on your right) is really yummy. 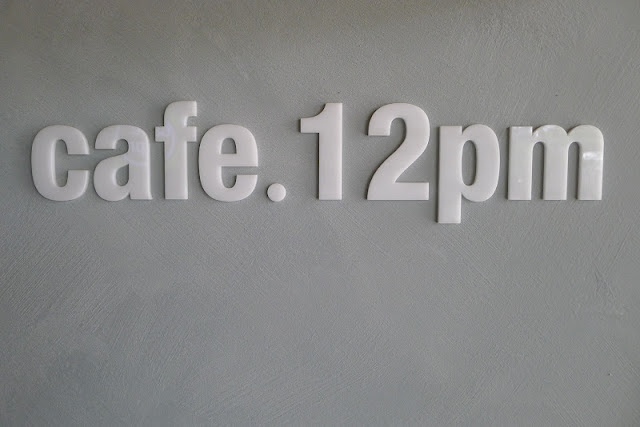 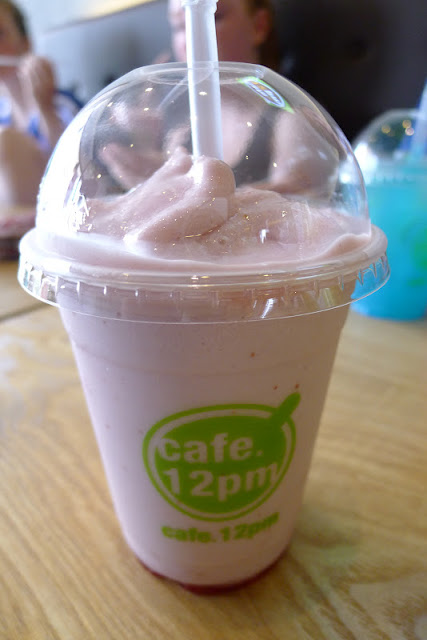 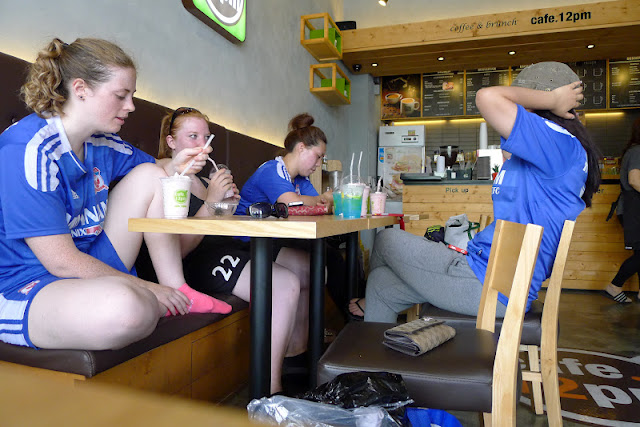